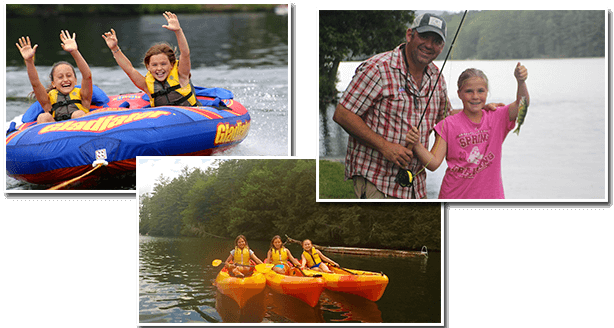 1. Riding at the Barn 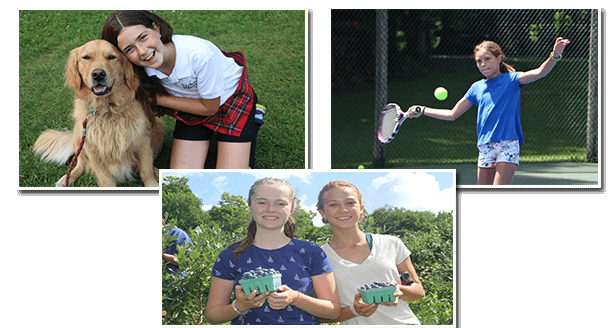 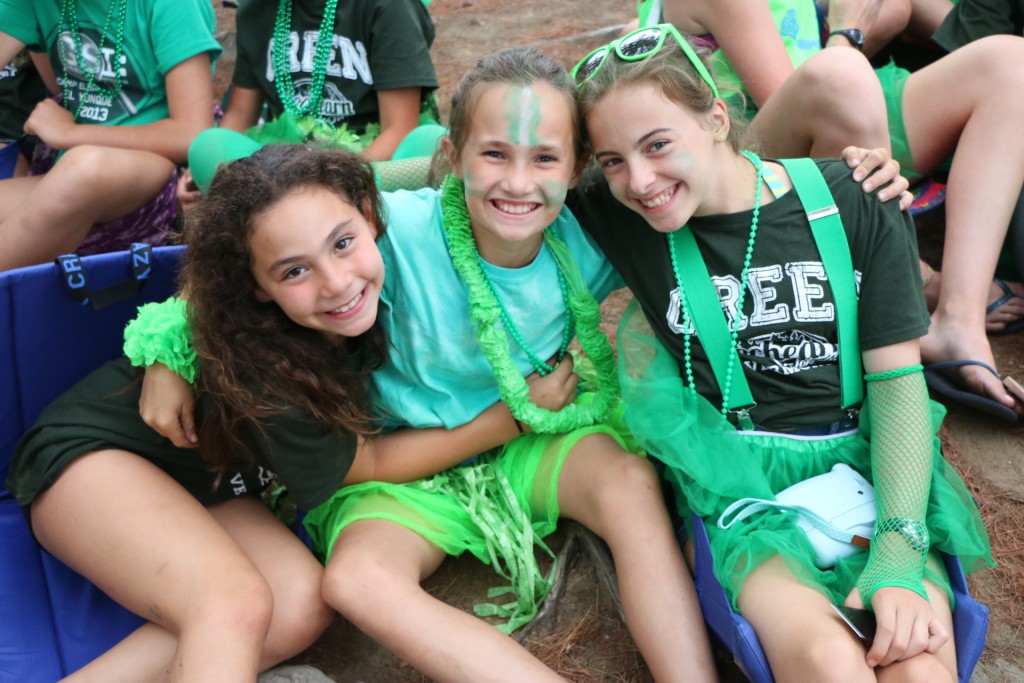 As the sun sets on Summer Camp 2015, Lochearn’s 99th year, we’d like to take a moment to thank our campers, parents, and staff. Thank you for your continued support and for another wonderful summer. Cheers of “How do you feel?” still resonate through our heads as we reflect on our time on Lake Fairlee together.

Sunday night campfires continued to be a time when important life lessons and personal triumphs filled our hearts and minds with a “deeper understanding of the beauty about us.” Alumnae delighted us with their visits and made these moments even more complete as they shared their favorite memories from the decades of Lady Lochearn. Our tennis and riding programs topped the list in terms of quality instruction. “We are jogging” became a favorite way to greet each other around camp. The arts continued to shine with beautiful ceramics and bracelets, and our productions of Annie showcased the girls’ theatrical talent.

As we prepare for an amazing 100th year at Lochearn, let us remember “to make the whole camp happier for our being here.” All of you certainly did that in 2015, and we look forward to next summer with “an open mind and a kind and caring heart.” 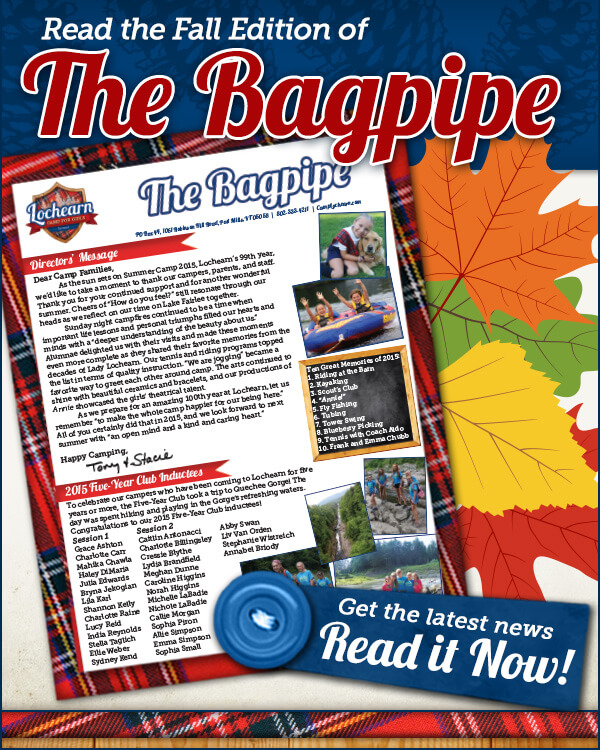