We are so excited and honored to announce the new members of the Five Year Club! Upon their induction, the Five Year Club celebrated with an ice cream and mini-golf trip. Thank you for being a part of Lochearn each summer!

Additionally we would like to congratulate all Activity, LC and Spirit Cup award winners on their achievements this summer! 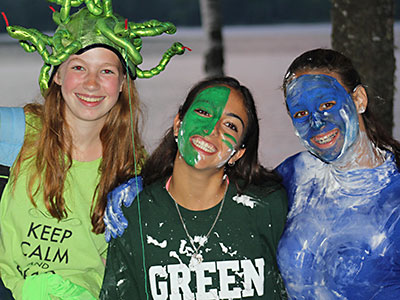 Congratulations to the Blue Team! On Banquet night of Session 2 the Blue Team Captain and Cheerleader accepted the plaque on behalf of the team, as the Blue/Green competition winners of Summer 2014. Each team sang their banquet songs in anticipation of the announcement. Both Green Team and Blue Team rocked the competition throughout the summer – dressing up in festive attire, cheering on their teammates and putting everything they had into the games. It wouldn’t be Lochearn without Blue and Green!

For a full list of all 2014 Five Year Club Inductees and Activity, LC and Spirit Award winners please check out the most current issue of The Bagpipe.